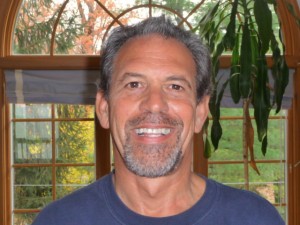 Jim is a singer-songwriter and has been honing his craft since 1999. Many of his songs have an upbeat vegan lyrical theme , combining his crooning with a deeply impactful message of wellness.

Jim is a certified Juice Guru, earning his credentials in 2014 from the JuiceGuru.com training program.

Jim is a vegan activist in Cleveland and has many friends within the vegan and animal welfare community and Meet-Up groups.  He has been involved with the anti-GMO protests and marches for the past few years, and always participates in the St. Patrick’s Day parade marching with The Cleveland Vegan Society.

Jim benefits quite well from the vegan lifestyle and possess quite a young and robust fitness level.  He is quite physically active and is an avid down-hill skier, often staying on the slopes for over 8 hours at a time.

Jim is a long time resident of Bay Village, Ohio and lives quite happily with his domestic partner Mary Ann who is also a dedicated vegan.